Before I found out I had Endometriosis, I was pretty active.  Fairly healthy. Extremely stressed out and anxious. So I guess I really wasn’t that healthy. In high school,  I did motocross, softball, and frequently went to the gym. Even after high school I stayed in the gym and found new hobbies like rock climbing and surfing. I ran a marathon and took up CrossFit as my primary source of fitness for the last 5 years. Right before surgery I completely stopped working out because my pain was so bad. In high school, I had two periods where the cramps were so painful that I almost passed out. Other than that, I NEVER had cramps and would regularly tell my friends how lucky I was.

In September 2018, my symptoms really started making themselves known.

One night, while I was on my period, I woke up at 11:30 in excruciating pain. I ran to the bathroom and sat on the toilet when, suddenly, the pain became so severe that I lost consciousness.

I woke up to my roommates hovering over me, trying to wake me up. They brought me to my bed and I fell asleep.

The next day, I woke up with a pounding headache which I believe may have been due to a concussion, and a bruise on my face. I had broken my nose when I lost consciousness. Even then, I didn’t give it too much thought and continued on with my life, believing instead that it was a freak accident.

Three months later, I was in California at a friend’s house when pain struck my uterus again. I ran to the bathroom hardly able to breathe and worried that I would lose consciousness again. I called out to my friend’s mother for help, who brought me pain medicine and helped me to bed. She then proceeded to tell me about endometriosis and thought I might have it. According to the American College of Obstetricians and Gynecology (ACOG) endometriosis is a condition in which the type of tissue that forms the lining of the uterus (the endometrium) is found outside the uterus instead of inside the uterus.

Though I looked into it a bit, I was on a 3-month cross country trip and was not able to see a doctor. During that time, my periods continued to be problematic: The extremely heavy bleeding lasted for six days and was unbearably painful.

In June 2019 I married the love of my life, Ben. He is the best thing that has ever happened to me. Because we both follow Jesus and hold traditional values, we decided not to have sex until we got married. While I felt ready to have sex for the first time, I was still so nervous. We both expected that we would have a lot of sex during our honeymoon. And we tried, but it was really painful— so painful that I knew something wasn’t right.  My stomach would ache for days after we had sex. That’s when I realized something was wrong.

I finally went to see my doctor in July and had an ultrasound done, which showed that I had three cysts on my left ovary. The radiologists’ notes suggested possible endometriosis. When the physician’s assistant reviewed my ultrasound results with me, she assured me that I would be fine because, “most women have cysts and don’t even know it because they aren’t problematic.” I was shocked at her response, and thought to myself, “Helloooo!!!! There is clearly a problem here if I’m losing consciousness and breaking my face!” When I mentioned that I had seen the possible endometriosis note in my results, she told me I probably didn’t have it and that, even if I did, no one would ever operate on my because I was too young (28 at the time). I demanded to see a specialist and she referred me to an OB/GYN. (*spoiler alert* not all OB/GYNs are specialized in endometriosis and from my experience you should make sure that you see a doctor that is specialized in endometriosis.)

The soonest the OB could see me was four months later, in October. As soon as she walked through the door, she told me the types of cysts I had were consistent with endometriosis. She conducted an internal exam— which hurt, a lot — and she concluded that it was endometriosis. She then told me that I could undergo surgery, to remove it. It would be quick, she would burn it all away, and the recovery would only last two weeks. Then, I could continue on with life as I know it. So I scheduled the surgery. The surgery that I had most people call “ablation” but the correct terminology is “coagulation.”

Two weeks later, I was at the hospital getting ready to remove the endometrial tissue and excited to be pain-free again! The surgeon told me she had done this 1,000 times before and that I’d feel great after. I couldn’t wait! But time passed and I was still in pain. Two weeks became four, then six, then eight. At that point, I started doing some serious research. I discovered that burning the tissue doesn’t always get rid of endometriosis and can create scar tissue, often leaving patients in more pain than before they had the surgery.

Unfortunately, I am one of those patients.

I went from experiencing pain only when I was on my period or after sex to daily.

I feel constant throbbing in my uterus that just doesn’t go away. I now have endometrial tissue growing in my rectum, which makes bowel movements so painful that I feel as though I’m going to pass out. Sex is more painful than it was before, and overall I feel worse off than I did before the surgery.

But I refuse to let this be the end of my journey toward healing. Although we can’t afford to see a specialist, I’ve done a lot of research about the impact of diet and lifestyle changes on endometriosis. I’ve slowed down my life A LOT and I’ve started working with Katie Edmonds (@heal.endo), a nutritional therapist who put her endometriosis into remission through diet! I’ve also started seeing a Pelvic Floor Physical Therapist (@physiokuehn), which has helped me manage my back pain. She’s also programming workouts tailored specifically to my needs. I’ve found that natural methods are working best for me right now.

If you are battling endometriosis, struggling to be diagnosed, or experiencing a lot of pain, I urge you to do your research before deciding which course of treatment to pursue. Here are a few resources that I’ve found helpful:

Nancy’s Nook Facebook group is hands down the best resource for anyone with endometriosis. It’s not a support group but it’s full of documents and resources. It for sure is leading the way in endometriosis information. On Instagram, (@bribattles) is an amazing resource for women who are working out. She’s been the best help for me in figuring out how to work out again. And I highly recommend finding a Pelvic Floor Physical Therapist.

You can also reach out to me if you need someone to talk to (@overcoming.endometriosis).

It can feel isolating at times but please know that you are not alone. This is not the end. 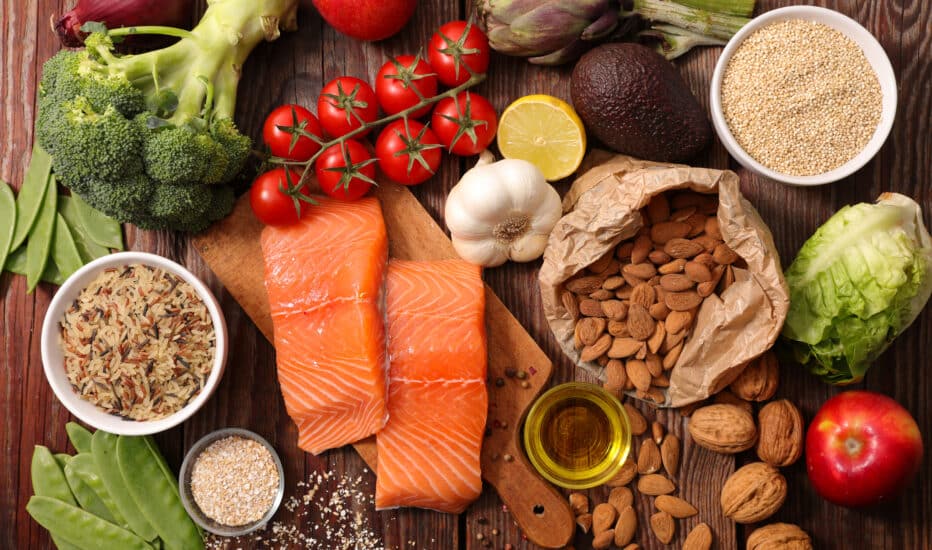 Next post The Best and Worst Foods For Vagina Wellness