In our last guide, we discussed everything you need to know about CBD. Today we’re taking a look at how it actually works inside your body and interacts with the Endocannabinoid System.

The Endocannabinoid System, also known as ECS, is a complex biological system made up of receptors, molecules, and enzymes within the body— most prominently in the brain, immune system, and peripheral nervous system. The ECS plays a fundamental role in regulating bodily functions and maintaining homeostasis. Basically the ECS is the tool that actually balances the Yin and Yang of our body, balancing our cells, organs, and functions they regulate.

What is the Endocannabinoid System

First, we’ll break down the word:

“Endo” is short for endogenous, which is used to describe a process that naturally occurs within our bodies.

“cannabinoid”  is a class of molecules derived from cannabis.

From this, we understand that the Endocannabinoid System is a system within the body that directly interacts with cannabis-derived compounds.

What is the role of the Endocannabinoid System?

The Endocannabinoid System’s purpose is to maintain a stable environment within the body. That is, to or create homeostasis, or the body’s ability to maintain internal balance against external factors.

The ECS does this by constantly monitoring the functions of the body. When things are out of balance, the endocannabinoids, enzymes, and metabolites begin to stimulate a chemical response that returns the body to in order. In simpler terms, the ECS is the biological system that transmits information throughout the body in order to maintain a balanced state.

What is the Endocannabinoid System made of?

The Endocannabinoid System is composed of three main parts. They are:

Who discovered the Endocannabinoid System

The ECD and the first endocannabinoids were discovered by Raphael Mechoulam and researchers from the National Institute of Mental Health (NIMH), William Devane and Dr. Lumir Hanus, in 1992.

At around the same time, a second cannabinoid receptor was discovered throughout the immune and peripheral nervous system. The discovery of these receptors, later dubbed CB2, resulted in the uncovering of naturally occurring neurotransmitters called endocannabinoids. The most well known endocannabinoid, anandamide, was discovered, along with 2-arachidonoylglycerol (2-AG), homo-gamma-lineleoul ethanolamide, docosatetraenoul ethanolamide (DEA), and noladin ether (2-AGE).

While researching how these endocannabinoids interacted with the body, scientists came across an unknown molecular signaling system involved in regulating a broad range of biological functions. This system was named the Endocannabinoid System (ECS).

It’s important to note that although it is called the Endocannabinoid System,  phytocannabinoids, or cannabinoids of plant origin like THC and CBD,  also, directly and indirectly, interact with the ECS. We’ll cover this later in the post.

What is the role of the Endocannabinoid System?

The Endocannabinoid System seeks to maintain a stable environment within the body, or create homeostasis, even when external factors make it challenging. The ECS does this by constantly monitoring balance within the body. When things are out of balance, the endocannabinoids use its enzymes and metabolites to stimulate a chemical response that returns the body to homeostasis.

What Is Endocannabinoid System Deficiency

It is possible to be diagnosed with Clinical Endocannabinoid Deficiency. This occurs when there is a deficiency in ECS signaling, resulting in less or no chemical response to return to homeostasis. This can happen for many reasons, but common causes include a poor diet, low to no exercise, and drug and medication interaction that can affect the potentiation of this signaling.

How CBD and the Endocannabinoid System Interact

Although CBD and THC are not endocannabinoids and are exogenous (meaning they are made outside of the body) they still interact with the Endocannabinoid System in surprising ways.

When it comes to CB2 receptors (these are the receptors responsible for inflammation and the responses related to it) CBD is known to be an inverse agonist, meaning it does bind to CB2 but creates an effect opposite to that which is desired. Therefore, CBD actually weakens the efficiency of CB2’s inflammation response. However, it still has a weak affinity, meaning that the impact is still minimal.

The true benefit of CBD comes with its indirect effect on the Endocannabinoid System by directly interfering with the enzyme Fatty Acid Amide Hydrolase or (FAAH). FAAH’s job is to break down, or metabolize, anandamide. CBD is an inhibitor of this enzyme, which causes FAAH to break down anandamide less efficiently and leads to higher concentrations of anandamide in the body.

CBD also has an effect on a protein, known as Fatty Acid Binding Protein or FABP, that is responsible for binding to anandamide that is present in the receptor. CBD does this by competing to bind with FABP. Once it binds, it is transported outside the receptor where FAAH breaks it down instead of anandamide, allowing for more anandamide concentrations to stay in the system.

This “cleansing” of the receptors is known as reuptake.

What Are The Endocannabinoid System’s Benefits

The Endocannabinoid System has been researched extensively, resulting in this discovery of many benefits, including a calming effect and a reduction in anxiety as a result of the interaction between CB1 receptors and cannabinoids, and improved inflammation response and immunity health through CB2 receptors.

More clinical data and scientific analysis are proving that CBD may have therapeutic benefits for anxiety, cramping, inflammation and pain, all the symptoms that are expected with premenstrual syndrome. Taking CBD may help alleviate the pain that comes with PMS.

Although it has not been fully determined how CBD helps with pain relief, the prevailing theory has to do with its ability to inhibit FAAH.

Recall that anandamide is known as the “bliss molecule” due to its ability to reduce the sensation of pain the same way THC can. Because FAAH metabolizes anandamide, lower concentrations of it in the body can increase the sensation of pain. This is due to a lack of signals from the brain to lower this sensation. CBD reduces pain by inhibiting FAAH to breakdown anandamide, resulting in more CB1 receptors filled with pain-reducing anandamide. When this happens, sensations of pain decrease and you can get relief!

Disclaimer: Dietary Supplements with CBD are currently federally legal under the federal farm bill as long as products are below .3% THC. Any claims made here are for the purpose of sharing information and should not be taken as medical advice nor are they fda approved statements. 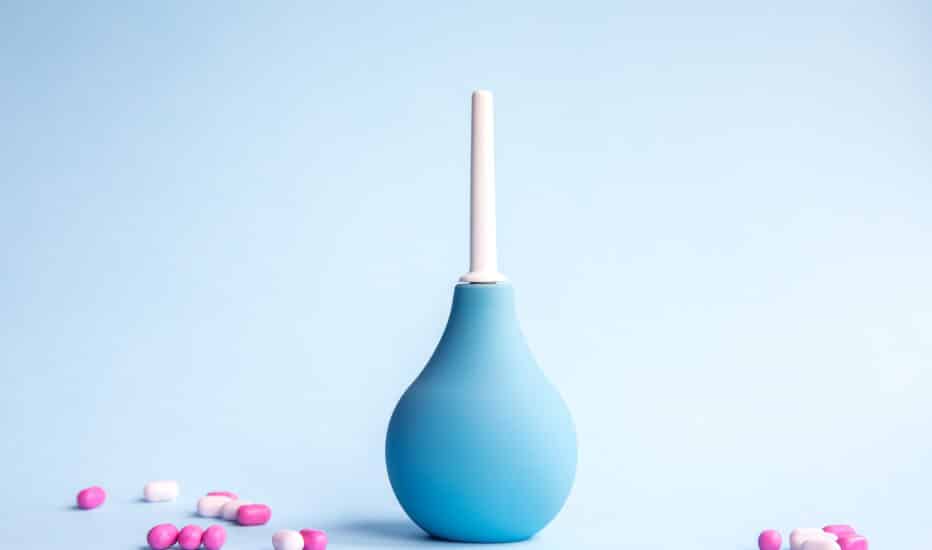